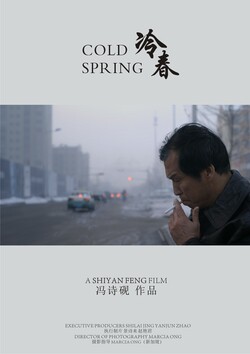 "Cold Spring" is a short narrative film portrays a transnational Chinese father who left his family over 20 years ago. One day he suddenly finds out his daughter is getting married. He wrestles with his emotions as he realizes she wasn't going to tell him. To save face, he quickly tries to reconnect with his unfamiliar daughter, and at the same time, has to learn how to take care of his 12 year old son. Our film explores a father's emotional reactions and struggles as a consequence to decades of absence in his children's lives.